To embrace God given opportunities to invest in the lives around me, to motivate & prepare, disciple & educate, emerging leaders to expose potential into reality. 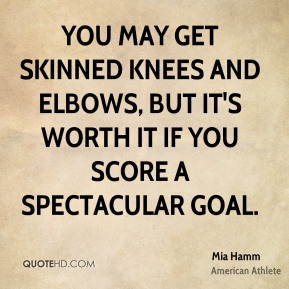 As a young girl, I played basketball. My dad would holler at me to use my “sharp elbows” as I was going for a rebound and defending the ball. When he would holler at me, I would drop my stance and throw my elbows… I remember thinking then, as I do now, how can one’s elbows be shaper than another? That never made any since to me, I would touch my elbows, they did not feel sharp to me, but he kept hollering to use my “sharp elbows.”

So what is value of sharp elbows beyond defending a basketball or of skinned knees or elbows not kicking a goal for soccer? Playing basketball or soccer may have a literal definition, but in the since of communication, vision, and responsibility- what does it take to have gain that spectacular goal.

First, you must ask yourself; what is the goal? Moving goal from a literal score of points in a sporting activity – to the achievement of the positive result of planning, executing, and revising, to achieve a higher status (goal/score) the next time.

Metaphorical and literal skinned knees and elbows happen in life – yet, they heal – other people may swing their sharp elbows at you; it takes work to get to where you want to be… so here is the challenge:

Be real, if skinned knees and elbows are worth it for that spectacular goal – what are you waiting for?